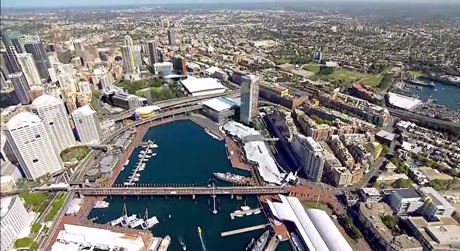 Development, investment and business opportunities are expected to arise from the boost to infrastructure spending announced in the 2014-2015 Federal Budget.  Over the next decade the large volume of road and rail projects will improve mobility and congestion amongst major cities; as a result we will see cheaper emerging locations in Western Sydney, Melbourne and South West Brisbane once the projects reach completion (AMP Capital).

According to AMP Capital the biggest contributors in Sydney will be the Westconnex (linking the M4 to South Sydney and expansions of the M5 East tunnels) Badgerys Creek Airport Infrastructure and the Sydney Rail Freight Strategy.

Having been appointed as the transitional managers for the Badgerys Creek Airport, we are excited to see the infrastructure take shape and surrounding areas in Western Sydney grow. Preston Rowe Paterson have an office situated at Badgerys Creek and we specialise in Airport and shipping port property and infrastructure management, valuation and advisory. To discuss opportunities further please contact Greg Preston.

Other areas suggested to benefit from the new infrastructure spending as reported by AMP include; The port of Hastings, East Link and Victorian Freight and Logistics Plan throughout Melbourne. Within Brisbane, Legacy Way/Clem7 tunnels, the Ipswich to Port Brisbane Freight line and Bromelton & Ebenezer Intermodal Terminals. Lastly, Perth benefits lie in the Port of Kwinana and the Perth Freight Link/Gateway WA project.

The estimated figure for transport projects underway and in the pipeline sits at over $239 billion as reported by Access Economics March 2014 Investment Monitor.